by InspirationTuts
in Game Development
161 2
0

Making games has become a lot easier with time, it sure is still a very difficult process to go through and requires patience, skill with a side of blood, sweat and tears! But at the very least, now you don’t have to create your own engine to start your game making journey, and that is a huge jump in game development. Especially since we are seeing a lot of powerful and extremely reliable game engines used by big publishers on AAA games being available for free!

If you’re looking for a game engine to get your 2D game going, you are lucky to be alive in this day and age where there are plenty of game engines that will help you do just that! So, without further ado here are some of the best game engines for 2D games!

When one speaks of legendary 2D games, one can not fail to mention the renowned Cuphead and the lauded Hollow Knight or Inside. Why do we mention these? Well, both of these 2D games were made with Unity! So you best believe this engine has your back if you want to make a 2D game.

If you don’t already know, Unity is developed by Unity Technologies and is available on Windows and MacOs.

With Unity you can create both 3D and 2D games in various formats such as desktop, mobile and even virtual reality games. Unity is indeed a free game engine and you can sell the games you made using the software without having to pay for the engine.

However, if your revenues start exceeding 100K USD, you will have to upgrade your license to Unity Plus. This license costs 40 USD a month per seat. We highly recommend you start your journey with Unity, especially if you’re a beginner, as the engine is known to be beginner friendly!

On the open-source side of things, we have the marvelous Godot Engine. Godot Engine is open source under the MIT license, which is known to be very permissive. As the website of the engine states:

“Godot is completely free and open-source under the very permissive MIT license. No strings attached, no royalties, nothing. Your game is yours, down to the last line of engine code.”

So, unlike Unity, you won’t have to upgrade your license or anything when you are selling your game and it does very well financially. You can use Godot on a number of platforms, Windows, MacOS, Linux and BSD. The possibilities of game development in Godot are many! You can create both 2D and 3D games for multiple platforms such as PC and mobile and even web games.

The most interesting bit is that Godot has a dedicated 2D rendering engine  with real 2D pixel coordinates and 2D nodes. In Godot, you can work in pixels as your units and scale to any screen size and aspect ratio. The engine has a tile map editor with auto-tiling, rotation, custom grid shapes and multiple layers. Another feature in the engine is 2D lights and normal maps to give your 2D games a more realistic look.

You can also animate your games using cut-out or sprite-based animation. The engine has many other 2D specific features. So, if any of this sounds good to you, make sure to check out Godot.

For something in the niche territory we have Ren’Py. Ren’Py, unlike Godot and Unity, is specifically made for the development of visual novels and life simulation games. Ren’Py is open source, as well as being free for commercial use, so you don’t have to worry in that department. The engine runs on MacOs, Windows and Linux.

Ren’Py is a great engine to use for your visual novel for many reasons. For instance, the engine has an incredibly easy to learn scripting language. The engine has features commonly found in a visual novel by default, such as: a main menu with the usual options, game menu, auto save, skippable dialogue and text upon replay, and so on and so forth.

Ren’Py allows you to easily customize the layout of the game and the interface components. Games made in Ren’Py can also be easily localized. So, if you’re looking to make a visual novel, better check Ren’Py!

If you would love to do the coding bit more than anything when developing a 2D game, Phaser might be the one for you. Phaser, unlike the aforementioned engines, is a framework instead of being an engine. Simply put, it makes you do a whole lot of coding instead of holding your hand like Unity would. Phaser is used to make HTML5 games for desktop and mobile.

It is free and an open source framework under the same MIT license that we explored a bit earlier. Some of the framework’s features are: WebGL & Canvas, physics, sprites, groups, particles, camera, sound and tilemaps. So, if any of that sounds good, we recommend checking Phaser!

Defold is yet another free game engine. It is available on MacOs, Windows and Linux and can be used to develop and publish games on an array of platforms, from Windows to Nintendo Switch. The engine can help you make both 2D and 3D games, but seems to be focused on 2D games creation. Some of the software’s 2D components are 2d sprites, spine models and tile map editor for 2D levels.

Defold also has a powerful animation system, an artist friendly scene editor and advanced physics simulations among many other great features. The engine’s website has a full rundown of all the amazing features available on it, so be sure to check it out if any of these seems up your alley!

Undertale, the game that whisked many people away and achieved unparalleled success, was made using GameMaker studio! GameMaker Studio 2 is a 2D game engine, while it allows you to add a number of 3d graphics to your game, that’s where it ends for the engine. The engine is free, however, it does provide several subscription tiers with additional perks and features.

For instance, the free version includes the basic Game Maker and GX.games Export, whereas the highest tier, Enterprise, which costs 79,99 USD a month provides the aforementioned features plus many other export options such as desktop exports with Windows, macOS, and Linux platforms for instance; along with web export and console export to name a few.

Some of the engine’s features include, but are not limited to, a room editor, object and image editor, workspaces, sprites, sequences, tilesets and a debugger.

Just like Phaser, Cocos2d is a free  and open source software framework. The engine can help you make games for a plethora of platforms such as mobile, web, and PC. Cocos2d4S core is written in C++, and it also supports development in not only C++,  but also Lua, and JavaScript.

Cocos2d-x allows you to export games to iOS, Android, Windows and Mac. It is also worth noting that the framework’s features are focused on native mobile platforms. So, if that is your focus, be sure to check Cocos2d.

Within Unreal Engine is a sprite-based system that can be used as a way to create 2D as well as a hybrid of 2D and 3D games. This system is called Paper 2D. Unreal Engine is free, however, it does have “…royalty fees of 5% after the first $3,000 USD of gross revenue made per product, per calendar quarter”.

While Unreal Engine has great 2D features, the 2D aspect does not seem to be as much of a focus as in Unity. At any rate, and since both engines are free, we highly recommend you check both of the engines out and take your pick as to the best fit for what you need.

Making the process of video game development as easy as it can be is what Construct 3 is all about! Construct 3 is a 2D game engine that you can use in your browser! The price of the engine is tricky, it has a free version but it is limited in every facet from layers to events. It has an affordable personal license though, for 3.19 USD a month.

Let’s talk a bit about this software’s features. First thing that really got our attention is how with Construct 3, no programming is required whatsoever! It would be an incredible tool for artists who want to make a game but have no experience coding.

As said before, the engine runs on your browser, can be used offline once bookmarked and has auto updates. You don’t have to wait for it to download and then install, it’s all a swift process. While the engine is a 2D engine, you can add 3D elements to your game. All in all, the app is a great tool for those who want a swift and easy way of making games, so go at it, Construct 3  has all you need! 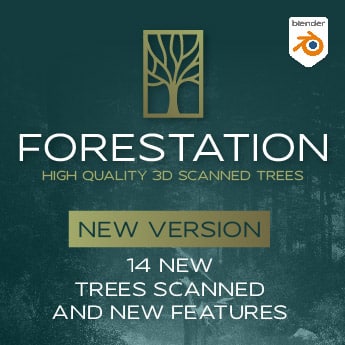 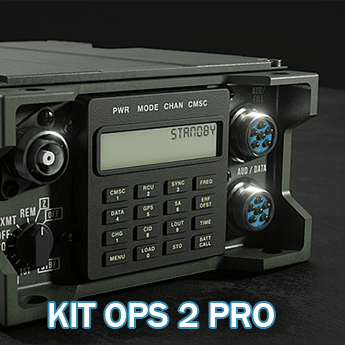