The History of Softimage

The History of Softimage is the story of a 3D software that did not really find a home except in the hearts of the Artists who used it over the decades to create amazing pieces of artwork.

Softimage was a genius 3D program that was ahead of its time, at one point of its life cycle, it reached new heights in the computer-generated images field and became the number one 3D package in the 90s, and despite its limited toolset, it was super-fast to use, with a highly intuitive UI. Softimage was able to get things done quickly and clients loved it. Leaving the industry at large trying to integrate its features into their own products.

Softimage was used by the biggest VFX studios like ILM to create Blockbusters such as “Jurassic Park”, “Terminator 2”, “Titanic”,  “Men in Black,” “Spawn”,  and “The Fifth Element”. Also, it was used to create amazing video games at that time from the Japanese “Resident Evil” series, “Silent Hill” trilogy, “Half-life”, “The Legend of Zelda”, the “Star Wars” video games, and much more.

Despite its success in the industry of Video games and VFX for film, Softimage did not really find a home as Nick Webber, senior FX TD at Milk VFX said:

” Softimage has been passed around from company to company over the years like a CGI hot potato, It’s as if they never knew what to do with this eccentric genius child.”

But from what we know about 3D programs that came and went over the years, Softimage, probably, was the most impressive. Like any 3D program no longer developed Softimage’s absence from the industry is sad, but when we evaluate what Softimage managed to accomplish while it was alive, it’s hard not to be appreciative of how it went out.

History of Softimage: A RISE and FALL Story

In 1986, National Film Board of Canada filmmaker Daniel Langlois, in partnership with software engineers Richard Mercille and Laurent Lauzon, began developing an integrated 3D modeling, animation, and rendering package with a graphical interface targeted at visual artists. The software was initially demonstrated at SIGGRAPH in 1988 and was released for Silicon Graphics workstations the following year as the Softimage Creative Environment™. For the first time Modeling, animation, and rendering were integrated into a single package.

Softimage Creative Environment was adopted by major visual effects studios like Industrial Light & Magic and Digital Domain for use in their production pipelines, which also typically included software from Alias Research, Kroyer Films, Angel Studios, and Pixar Animation Studios Inc. As well as a variety of custom tools. Its character animation toolset expanded substantially with the addition of inverse kinematics in version 2, which was used to animate the dinosaurs in Jurassic Park.

In 1994, Microsoft acquired Softimage, Co. with the intention of introducing high-end 3D animation software to its Windows NT platform, and subsequently renamed it “Softimage|3D. In January 1995, Softimage|3D was announced as the official 3D development tool for the Sega Saturn.

Softimage|DS was launched in 1997, an editing and effects system that was tied to high-performance hardware (for the time) to allow finishing of commercials and music videos (this was back in the day when hardware restrictions meant that most editing was done using relatively low-quality previews).

Then in 1998 Avid bought Softimage from Microsoft for $285 million – though there were hints it was more after Softimage|DS to complement Avid’s own Symphony finishing system.

Around the same time, in February 1998, SGI subsidiary Alias|Wavefront was releasing its character animation and visual effects software, Maya 1.0. This had some immediate advantages over Softimage.

“When Maya 1.0 arrived, it was a superior system with the power of MEL scripting language, Many larger film FX companies built their pipelines around Maya, and when XSI was released it had a lot to catch up with.”

Softimage struck back with the redeveloped-from-the-ground-up Softimage|XSI in 2000. This introduced a non-linear animation editing and mixing system, strong interactive rendering, a particle system, compositing, and ActiveX scripting. Nick Webber from Milk VFX said about this:

“Early on, XSI had huge advantages over Maya, particularly mental ray integration, Modelling was fast. It had an interface ahead of its time. There was the render tree and built-in compositing, and of course, the animation tools, render layers, and large datasets. Later ICE made it unique and others were envious.”

“When the ICE effects system was introduced it greatly increased the capacity of what Softimage could do Most importantly it was fast and gave it an edge above Maya. The problem is when XSI was introduced Maya had already established itself.”

By this point, Maya was the 3D suite of choice for feature film visual effects – and had become a crown jewel for Autodesk, which had acquired Alias in October 2005.

In October 2008, Autodesk acquired the Softimage application (and brand, but not DS) from Avid for approximately $35 million in what was widely regarded as a bargain buyout, though Avid continued with the DS product line.

According to an official statement released by the two companies:

“Upon completion of the acquisition, Autodesk intends to continue developing and selling Softimage’s core product line, while integrating certain Softimage technology into future versions of Autodesk solutions and products.”

Autodesk plans were to acquire and continue developing the following Softimage products:

“As we have demonstrated since the acquisition of Alias in 2006, we’re committed to giving our customers choice when it comes to their 3D tools. We plan to maintain and grow the Softimage product line, and through Autodesk, FBX provides better interoperability between Softimage products, 3ds Max and Autodesk Maya. “

In February 2009, Softimage|XSI was rebranded Autodesk Softimage and has since continued to be developed as part of the Autodesk Entertainment Creation Suite, together with former rivals Maya and 3ds Max.

“One can’t help but assume that Autodesk bought it to harvest technology then engineer its downfall,”

This accusation has been thrown at Autodesk regularly since it bought Softimage: for a while, every Autodesk press conference related to its CG products would include a journalist asking when Autodesk would kill Softimage – initially seriously and then as a running joke. But no one’s laughing now.

Autodesk itself prefers to see its approach as letting Softimage live on in other products.

The Autodesk’s entertainment industry manager said about this:

“The acquisition of Softimage led to several major enhancements in other Autodesk products, as well as to new areas of research and innovation such as Project Bifröst” and he was referring to its new fluid simulation system that’s 50% ICE and 50% the Naiad system that Autodesk bought last year.

In March 2014, Autodesk published Softimage’s final release announcement telling its users that the 2015 release is the last one for Softimage which was shipped on April 14th, 2014. Autodesk assured its clients that it will offer product support until April 30th, 2016 and that they are going to provide Softimage support services to all Softimage customers with Autodesk subscriptions at no cost.

Autodesk also offered Softimage subscription customers a special no-cost option to migrate to either Maya or 3ds Max software while continuing to use Softimage in production. Autodesk said that they were focusing their development efforts on 3Ds Max and Maya to better serve the needs of the media and entertainment industry and provide customers with better products, faster.

According to Autodesk’s entertainment industry manager Maurice Patel, the decision to kill Softimage was taken to focus the company’s efforts on its core 3D tools. And he said:

“The industry continues to evolve very rapidly and customers are demanding a faster rate of innovation across all our product lines including Softimage, 3ds Max, and Maya, given this, we needed to focus resources on where there was the greatest customer need, which is 3ds Max and Maya, in order to accelerate our development plans.”

While some firms continued to use Softimage for the foreseeable future, moving onto another application was inevitable. And a lot of artists and studios were saddened by the news, which led to an entire section of the industry that found itself in a position to have to be retrained to use new software.

Jellyfish Pictures is well known for its use of Softimage. The company’s CTO said:

“ its appeal was that it was relatively easy for skilled users of other 3D software to learn. If you’ve never used this package before, it won’t take you long to get up and running, Softimage also has a great workflow as there is a different section for each stage of the production – modeling, animation, rendering, and so on; everything is well integrated rather than features being slapped on.”

“Softimage was extremely capable, but more importantly was very agile, That made it very suitable for broadcast where there is a requirement for high-end material on a fraction of a feature budget. Maya has more features, but a lot of them are just bolted on and not very usable without a lot of code support that is not available in small/mid-size [companies].Most of the features in Softimage are well integrated and thought out and it doesn’t feel like there is a lot of redundancy in the structure. .”

The decision to discontinue Softimage has been met with dismay and some anger within the VFX community. Some hardcore users haven’t been happy to let Softimage go gently into that good night: there is a petition already up on Change.org to save the software – but many users were resigned to the demise of what was long regarded as a brilliant artistic tool. 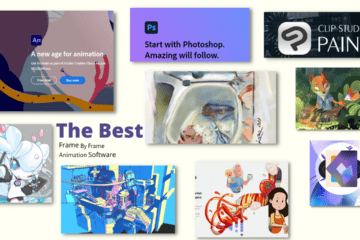 Although technological advancement has given us many tools to make animation more of an automatic process, frame by frame animation has not lost its popularity and desirability. A traditional look and feel is still very Read more… 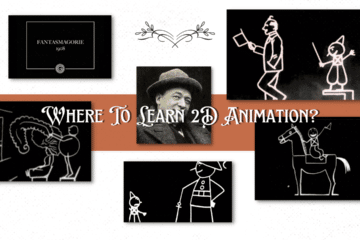 The beauty of animated movies and shows can inspire many to pursue a career in animation. However, coming into the industry completely fresh can be daunting. Maybe you are a teenager who wants to get Read more… 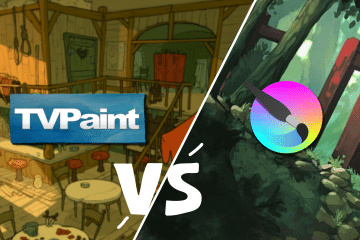 Krita vs TVPaint | Everything you Need to Know

As an animator, you can be overwhelmed by the endless options of animation software we have available today. You will most certainly find a sea of videos nudging you towards one software or the other. Read more…